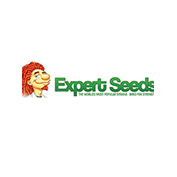 Auto Blue Cheese is a great marijuana strain that owes its origins to multiple recrossing of Cheese and Blueberry genetics. Cheese genetics originally arrived in England during the 80s from the USA and were developed and adapted for indoor and outdoor growing in the UK by an alternative, underground squatter collective using an original Skunk selection. Winner of the High Times Cannabis Cup in 2000 and runner-up the following year, Blueberry is a real genetic jewel that was developed at the end of the 70s by crossing the vastly differing genetics of strains such as Mexicana Oaxaca, Purple Thai and Afghan.
The guys from the Expert Seeds laboratory took both strains and crossed each with auto-flowering genetics to achieve plants that don’t depend on photoperiod while managing to preserve almost totally intact the taste and smell of the originals. These were then re-crossed to achieve our Blue Cheese Auto, which is a much bigger and more productive plant than first generation autos that retains the properties of its non-auto parents. In northern climes, this is an excellent option for early summer harvests while in a Mediterranean climate, two or even three crops a season are possible.