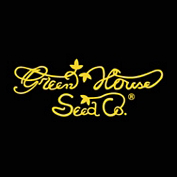 After the tragic loss of Franco Loja beginning of 2017 the world has been waiting for a strain dedicated to Franco. The strain that would represent Franco the best could only be his very last cross of two of his favorite plants: The multiple cup winning Super Lemon Haze and the famous Exodus Cheese.
We are happy to finally release this strain, not only in honor of Franco but also because a part of the sales of this strain will be donated by the Green House Seed Company to the Strain Hunters Foundation – Franco Loja Fund which has been set up in order to collect money from donations and sales to ensure that Franco’s children have a secure educational future.
The plant grows tall with a strong main stem and long branches. The buds are round, medium sized and rock hard, covered in resin. The flowering time of Franco’s Lemon Cheese is 9-11 weeks with a production of up to 750gr per square meter. Outdoors it finishes early November in the northern hemisphere and can reach a production of 1000gr per plant. Branches might need support for the heavy buds.
It can take a medium to strong feeding regime with EC values up to 2.2 in hydroponic systems and 1.8 in soil. We always recommend to flush the medium a few times during the cycle and for 10-14 days at the end of the flowering period. Franco’s Lemon Cheese is producing very dense buds covered in resin. The smell is very lemony with hints of Cheese in the background. When smoking the Cheese flavor is becoming more dominant on the exhale. The effect is very powerful, hitting fast and resulting in a very social and energizing high.