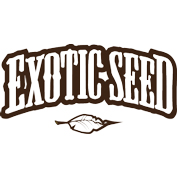 The result of crossing different selections of White Widow, the legendary Dutch variety of the 90’s. In our particular interpretation, we used two different types of white widow, one of a purely Indica type, with dense flowers and fast flowering, and another more Sativa-like, with a longer flowering and a higher level of resin. Thus we see that the Gipsy Widow behaves like an Indica, but during flowering phase its behavior varies, stretching and creating flowers that bind to each other, forming long and dense buds, that as the days go by the flowers become compacted, making it necessary to place guardians support canes by the end of flowering. The array of aromas of the Gipsy Widow mainly includes citrus tones, where fresh lemon mixes with an earthy touch, finding in turn individuals in which a light scent of incense appears. The effect is powerful, very physical throughout the smoke, with a cerebral effect also appearing that makes for interesting times of the day when there are no responsibilities and you can relax.

Be the first to review “Gypsy Widow – Feminized” Cancel reply